Home News and Insights Under Water: How Ofwat has increased the pressure on water companies to perform

Under Water: How Ofwat has increased the pressure on water companies to perform

By Simon Biddlecombe and Sean Duff

Ofwat’s Price Review 2019 (PR19) was always going to be a much tougher exercise for the water companies than it was four years ago with PR14. We look at how water companies are reacting to this pressure.

The regulator has sought to take a much harder line on prices, profits and dividends, perceived to be too high, and now wants to see companies plans that “have been shaped by their customers” that seek to improve service delivery, according to John Russell, Senior Director for Strategy and Planning at Ofwat.

Under PR19, Ofwat demanded the water companies show how they would deliver “high quality” services by “stretching performance commitments”, demonstrate “ambition” by pushing the boundaries of “efficiency and delivery”, and, show “innovation” through “new ways of working”. It set out four areas for the 17 water companies to address in their business plans for PR19: greater customer service, affordable bills, resilience in the round, and innovation, plus they would need to demonstrate their commitment to the environment.

PR19 also saw the inclusion of a risk-based review for the first time, requiring water companies to provide projections on performance, so that Outcome Deliver Incentives (ODI), previously based on historic performance, become forward looking with annual targets. Plus it introduced a new Common Performance Commitment (CPC) to measure how well companies are providing for vulnerable customers. 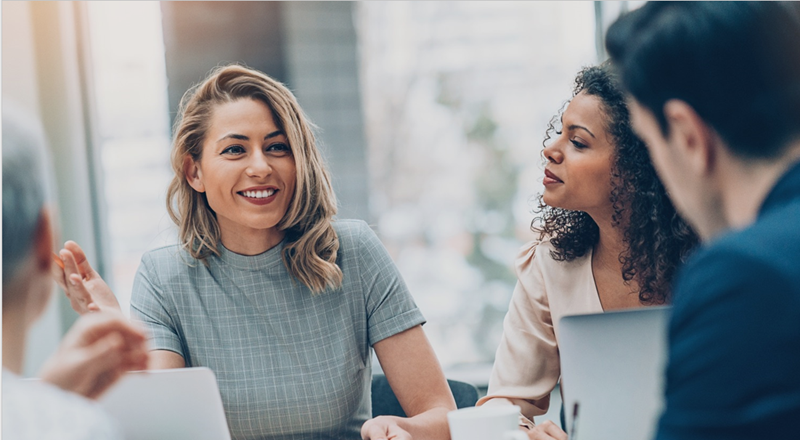 The first stage of PR19 saw the water companies devise and submit their business plans for 2020-2025 on 3 September. The Initial Assessment of Plans (IAP), which took place in December, used four categories to assess the business plans:

The results were announced on 31 January, when it was revealed only three water companies had achieved Fast Track status. These were given financial incentives in relation to their size, with Severn Trent awarded £18m, South West Water £6.5m and United Utilities £22m. Draft determinations for these companies will be published by Ofwat on 11 April.

Ten companies were put in the Slow Track category and were deemed to “need material intervention to protect their customers’ interests”. These were tasked with resubmitting elements of their plans by 1 April, with Ofwat due to deliver their draft determinations on 18 July.

The remaining four came under the Significant Scrutiny category compelling them to entirely rework and resubmit their plans, again by 1 April. These will automatically come under increased regulatory scrutiny in the future. Final determinations for all 17 companies will be published on 11 December.

Rising to the challenge

With the deadline for resubmissions now passed, all eyes are on whether the other fourteen companies have done enough to appease the regulator.

Thames Water, one of those classified as requiring Significant Scrutiny, has consulted over a million of its customers, 87 percent of which approved the plan (compared to 67 percent for the first draft). Its plan is said to include a “pledge on efficiency, fewer pollutions and water supply interruptions, and reduction in customer bills”.

Southern Water, which faces particular challenges due to a high-density population and droughts causing water shortages in the past, is also confident it can climb out of the Significant Scrutiny category. It is said to have cut its annual expenditure by £366m, meeting half the cost savings requested by Ofcom, and has laid down “evidence and analysis” for how it will meet the remaining £400m.

Hafren Dyfrdwy has taken steps to address concerns over customer service, focusing on service improvements, how charges are balanced over time, and the design of customer ODIs. The company has also provided evidence to support its previous proposal in relation to how customer tariffs are allocated and has taken steps to improve resilience.

Were there any winners?

Ofwat was clearly impressed by the proposals submitted by Severn Trent Water, South West Water and United Utilities which it said set a “new standard” and commended them for:

Yet it’s important to note that no companies achieved the Exceptional status. This came as little surprise to many, with the Consumer Council for Water commenting that “Every company – even those that were fast tracked – has room to stretch itself further.” This was also the view held by Ofwat which stated that “no company’s business plan was sufficiently ambitious, innovative and high quality to be awarded ‘exceptional status’ and receive higher financial rewards than ‘Fast Track’ companies”. So where is the sector falling short?

Issues to be addressed

A major issue for Ofwat remains company pay and financial resilience. The regulator concluded that while good progress was being made in balancing incentives for owners/executives with the needs of customers, “all companies have to do more to ensure their dividend and executive performance related pay policies will deliver the best outcomes for customers”. It called for all 17 companies to develop “proposals on dividend policy and executive pay for the 2020-25 period”.

Expenditure levels have also been criticised, with Ofwat saying many estimates were “above our view of efficient and justified costs”. Most have now been challenged to reduce their expenditure costs by between three and 18 percent.

Affordability and how water companies intended to cut customer bills remains a major issue. It’s perhaps confusing that no threshold has been set for bill reduction so understandably rates vary. According to the IAP, “overall bill reduction across the sector, is 5 percent… with four companies proposing real bill reductions of more than 10 percent”. This has been helped by the diminishing cost of capital which is expected to reduce bills by £15-£25 per customer. But when it comes down to it, only 14 companies propose to cut bills, and three propose increases.

Some companies are also seeking to help customers, however, by extending their CPC on affordability. These companies have pledged to double the number of customers that get help with their bills while others have earmarked funds for financial support schemes, such as social tariffs.

On a more positive note, all of the companies were found to be “adopting the principles of good customer engagement” and had put in place the CPC to support vulnerable customers. Collectively, nearly two million more households will now be added to priority service registers but it was also said the water companies “could improve checks” for those already on the register and “identify more customers in vulnerable situations”. To counter this, Ofwat intends to introduce a CPC across the board to encourage the companies to increase and maintain their priority service registers.

Ofwat found that the water companies are increasingly listening to their customers as some showed a “clear line of sight from customer research to their business plans”. Yet there was a problem with how the companies focused performance payments, with many concentrating on their strongest areas, rather than the weakest, and few had voluntarily capped high outperformance payments to protect customers. Ofwat intends to step in to capture and assess customer experiences by introducing (C-Mex), a programme that will compare customer experiences in the water industry with other sectors, from April 2020, which should help the sector benchmark it’s performance.

Looking forward to the July it will be interesting to see if those placed in the Slow Track category have risen to these challenges. We will have to wait and see if their business plans are now robust enough to satisfy Ofwat but it’s clear that the sector as a whole has now been set some tough goals to achieve over the next five years.

Find out more about how we work with Utilities companies or contact us to discuss options with our team.

Complaints Handling Strategies for Consumer Credit Firms A Means to an End: Do customers really consider their long term ability to repay?