Home News and Insights A Means to an End: Do customers really consider their long term ability to repay?

A Means to an End: Do customers really consider their long term ability to repay?

We review the current state of the mortgage market and look to a future full of change for both customers and providers alike.

Economic changes within the UK – from Brexit to consumer spending habits – have the power to radically reshape the financial services industry.  The sector is constantly evolving in response to these influences which the FCA closely monitors to help guide its regulatory focus.

Its findings are documented in its ‘Sector Views’ reports, the latest of which, published in January 2019, worryingly concludes that: “Borrowing tends to be a means to an end, with many consumers not considering their longer-term ability to repay [and who then] fail to deal with debts before they become unmanageable.” This suggests borrowing may become unsustainable, potentially creating a problem for the industry in the long term. So how, given the renewed emphasis on affordability, has this happened?

Borrowing tends to be a means to an end, with many consumers not considering their longer-term ability to repay [and who then] fail to deal with debts before they become unmanageable.

Overall, the market looks buoyant with outstanding residential mortgages up 4.2 percent over the course of the year to February 2018 and the Financial Lives Survey data estimates 31 percent of the eligible population now hold a mortgage. There are 13.5 million mortgage accounts outstanding, up 1.8 percent from 2016, with £1,375bn mortgage loans outstanding, up 3 percent from 2016. The number of mortgage products has also increased to 4,536 (up 4.7 percent within the space of just a year). There’s been a decline in buy-to-let mortgages and so this growth is largely attributable to two demographics: first time buyers and remortgagers (up by 5 percent and 12 percent since 2017) although buying patterns have shifted in both.

Many first-time buyers are taking out a mortgage later in life due to housing costs, taking many first-time borrowers into their retirement (40 percent of borrowers will be aged over 65 when their mortgage matures). This is due to terms increasing with 34 percent of all mortgages now exceeding 30 years. Take-up of these longer mortgages is on the rise (only 20 percent of mortgages spanned more than 30 years back in 2007) as is the loan-to-income (LTI) ratio.

Over 25 percent of mortgages now have an LTI greater than four times the borrower’s income, with some nearing the Bank of England’s 4.5 times flow limit. Taken together, these trends mean first time buyers are stretching themselves financially and are making a longer commitment to service this debt, threatening their ability to save for a pension.

At the other end of the spectrum, older homeowners are also changing their borrowing behaviour. Many are seeking to access equity, sometimes to “pay off existing liabilities such as interest-only mortgages” or to help finance their retirement, care or provide support for family members. But the report also concluded that the ageing population could harm the industry in the long term, due to the need to supplement government costs for old age support. It speculates that the Baby Boomer generation will now need to engage with financial services at multiple points in their retirement.

Alongside this there’s been a notable decline in “consumer resilience”. This means any economic fluctuations could hit borrowers harder. With wages failing to keep pace with inflation, and the gig economy and other threats to job security, consumers are becoming “more reliant on credit and borrowing” making it harder for them to “withstand financial shocks”. An increase in monthly mortgage payments by £99 or less “would mean that 17 percent of mortgage holders would struggle to make repayments, [although] 43 percent…could withstand a monthly increase in their mortgage repayments of up to £299”. This demonstrates that there is some elasticity in mortgage repayments and that the affordability criteria is working to some extent. 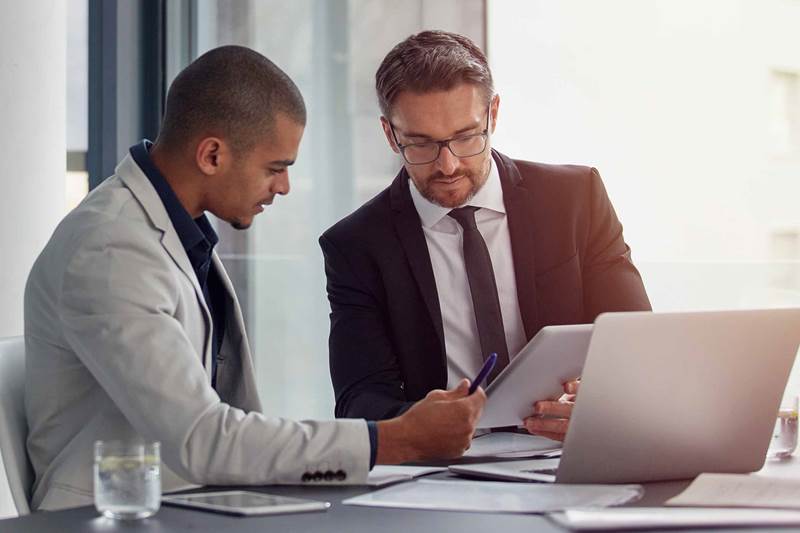 There’s now a “greater onus on consumers to manage their financial futures” but 67 percent of adults overly indebt say they have little knowledge about financial matters. These borrowers are more likely to view credit as a “safety net”. This dependency, together with the burden of debt taken on by first time buyers, means we are in danger of creating a generation habitualised to being in debt.

To counter this the FCA wants to see borrowers become more empowered and better informed and that means improving how products are marketed and advice offered. As of today, borrowers tend to exercise poor judgement when selecting a mortgage as demonstrated by the fact that “around 30% of consumers (in 2015-2016) could have found a cheaper mortgage with the same key features as the product they chose”, saving them an average of £550 per year more over the introductory period. Helping them identify which products they are eligible for and which would offer the best value is therefore a priority.

In its ‘Mortgages Market Study Interim Report’, published in May 2018, the regulator concluded  that the way the market is currently working needs reform. It states: “the complexity of pricing structures (eg different combinations of upfront fees and ongoing interest rates) and the practice of offering low introductory rates followed by a higher reversion rate” are confusing. Even when the borrower sought advice from a broker, these were “not always incentivised to place consumers with the lenders that will provide the best value, but rather the lender that is most likely to approve the application.”

A number of objectives for tackling these issues were identified which the FCA consulted the market over last year. These included making it easier to find the right mortgage by introducing tools and processes that show existing mortgage customers whether and how they might save money by switching, for example. Others were to provide consumers with better choice about the support and advice they receive, to make it easier to choose an intermediary, and to switch to new deals without undue barriers.

The final MMS report, due out Spring 2019, will reveal how the market has responded to these proposals. Yet the question remains whether these steps will go far enough to prevent harm coming to the financial sector. Our credit culture is seeing consumers become “overly optimistic about their ability to repay” when in reality they are over stretched, exposed to financial shocks and unable to invest in other products such as a pension. For these reasons, it’s widely anticipated that the affordability criteria will be revised, particularly as ‘mortgage prisoners’ were trapped by the last set of regulations, leaving them unable to switch. There’s also been criticism of some firms’ misinterpreting regulation, so the sector as a whole should be poised for further regulation which will, it is hoped, improve the resilience of the sector too.

Equiniti Hazell Carr has 20 years experience in supporting financial services organisations. To find out more about how we help mortgage providers, call us on 0118 951 3971.

Under Water: How Ofwat has increased the pressure on water companies to perform Adapting to a future with CMCs